World renowned First Nations artist Corrine Hunt was our first artist collaboration and has continued to evolve every year to continue to bring new and compelling designs to our AYA Eyewear. Born in Alert Bay British Columbia in 1959, Corrine has been creating contemporary art that reflects the themes and traditions of her First Nations Komoyue and Tlingit heritage since 1985. Corrine’s works include engraved gold and silver jewelry and accessories, custom furnishings in carved stainless steel and reclaimed wood, modern totem poles and other sculptural installations. A member of the Raven Gwa’wina clan from Ts’akis, a Komoyue village on Vancouver Island, Corrine’s rich family history includes internationally renowned First Nations artists Henry, Richard and Tony Hunt, all of whom have influenced her art. Uncle Norman Brotchie was also an early teacher and mentor. Corrine too has mentored First Nations and other artists and continues to be a strong and vocal supporter of the arts in British Columbia.

From the beginning of her career engraving rings, bracelets, pendants and broaches, Corrine has searched for unique ways to bring the stories of her First Nations culture to contemporary life. “I want to show how both the First Nations people and the art have evolved,” she explains. In that process, she is continually inventing and reinventing stories from her culture, honouring her roots and cultivating a refreshing artistic expression at the same time. The results are extraordinary pieces that are both ageless and contemporary. The engravings are not overly ornate; like poetry, they convey their message using as few lines as possible. Similarly, the custom furnishings combine materials that speak to old and new, and bring the concept of living culture into contemporary homes. 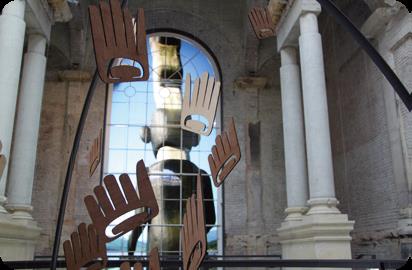 Corrine was honoured to be chosen as the Olympic medal co-designer for the 2010 Winter games, as well a recipient of the 2011 National Aboriginal Achievement Awards. Her contributions have been significant internationally. In 2011 Corrine was instrumental in the Dresden Power of Giving Exhibit which powerfully displayed the tradition of the potlach. 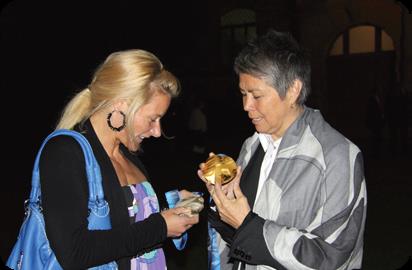 "From the moment I met Carla I knew she had a good heart and she knew her business. It has been an honour and a pleasure to work with Carla, she has donated to Indigenous children in Canada and created products that I can be happy to have my name attached to. ikan noke (my heart is good)."